After veterinary school, Dr. Blackstone worked as a mixed-animal practitioner for one and one-half years at Town & Country Veterinary Hospital in Austin. Being the free-spirited type, he then moved to Albuquerque, New Mexico, to work for and possibly purchase Rio Grande Animal Clinic. After a few years at Rio Grande Animal Clinic, Dr. Blackstone tried another opportunity and spent the next 7 years in a veterinary franchise in Albuquerque.

Now that he has moved back to Texas, Dr. Blackstone looks forward to many years of caring for pets in Temple. Dr. Blackstone and his wife, Stephanie, have been married since 1999. Together, they have three children: twins, Andrew and Brianna, and another son, Chase. The Blackstone family shares their home with Jasper, Great Dane, and 5 cats. Dr. Blackstone does believe in God and attempts to make lifes decisions in accordance with His will. Dr. Blackstone enjoys activities like hunting, camping, hiking, snow skiing, Toyota off road wheeling, and riding dirt bikes and ATVs, playing piano and keyboards, and spending time with family and friends.

After spending nearly ten years practicing in Harker Heights, Dr. Boedeker accepted an associate position at Loop 363. In addition to general medicine, Dr. Boedeker has special interests in internal medicine and behavior and is a member of the American Veterinary Medical Association. Active in agility and obedience training, Dr. Boedeker’s dogs have competed at the national level and AKC Invitationals in agility and have won numerous obedience and agility titles.

She is an active member of the Bell County Kennel Club as well as a member of the First Baptist Church. Dr. Boedeker and her husband, Darryl Schiller, have four Australian Shepherds, Newt, Rhett, and Scarlett, two Border Collie, Annie and Cinch, and three Quarter Horses, Stormy and Booger and six goats.

Dr. Jennifer Hewitt grew up in Vancouver and Calgary, Canada. She dreamt of working with animals since her childhood. She attended the University of Calgary and received her Bachelor of Science in Zoology with Honors and Doctor of Veterinary Medicine degrees-- which were completed in 2008 and 2013.

Dr. Hewitt has worked in mixed animal practices, but primarily in small animal medicine for the last 7 years. Over the last few years, she has gained experience in emergency medicinal practice, as well.

Dr. Hewitt's special interests include dermatology. In fact, she has continued education in the field and has even practiced in a dermatology-exclusive clinic. She is very passionate about helping to improve the quality of life for the itchy patients!

During her free time, Dr. Hewitt can be found outdoors running, hiking or skiing. She enjoys cooking, gardening and traveling with her husband and 3 dogs.

Sarah is a Native of Upstate New York and attended SUNY Delhi, where she received her associates degree in Veterinary Science. She has been a Licensed Veterinary Technician since 2004. In October 2006 Sarah moved to Texas and joined the Loop 363 family. Her dream job as a child was to become a veterinarian and own a bunch of horses.

Sarah is known for her extensive experience, knowledge, and attention to detail. She has a special interest in ultrasonography.

When Sarah is not at work she is often with her family working on/adding to their hobby farm, juggling kids sporting events, playing with their dog "River," collecting chickens, and trying to convince her husband why they need more animals!

Natasha is originally from Germany, where she grew up until the age of 13. From there she moved to Colorado with her family due to the military. It was in Colorado that, after graduating high school, she went to Pima Medical Institute to get her associate's degree in order to take the VTNE for her credentialing and certification to be a Veterinary Technician. She graduated from PMI in 2017 and has been working as a technician ever since.

Natasha's dream job as a child was to be an animal rescuer.

Natasha is known as a cat lover - as she has three cats of her own, and she loves working with them as well. Recently, Natasha has taken an interest in behavior and is looking into working towards becoming a veterinary technician specialist in behavior.

When Natasha isn't working at the clinic, she's more than likely at home spending her time with her two-year-old daughter, Louisa. The only thing Natasha loves more than working as a vet tech is being a mom.

Lorie has been with Loop 363 Animal Hospital since January 2005. Working as a veterinary technician, her responsibilities are primarily in surgical assistance. A native of Moffat, TX, Lorie brings her experience and enthusiasm to the staff at Loop 363. She loves coming to work every day and it shows. In addition to spending time with her five children and five cats, Lorie enjoys reading, sketching, and generally doing crafty things. She has a unique interest in astrology and hand analysis, and a particular interest in an online game called World of Warcraft.

Brie is the daughter of two proud military parents and grew up around the world. As a child, wanted to be a zoologist and one of her favorite organizations is Vets for Pets, providing care and services for veterans with animals of their own. Equine and exotics have always been Brie's passion.

When away from work, Brie can be found caring for her own pets. Her two dogs, Whiskey and Buster, and her bearded dragon, Pancakes, and her cat, Sookie.

Nan grew up in Cameron Texas and graduated from  C.H. You High School. She worked with her mother for eight years before going back to school to be a veterinary technician at, what was then, T. S. T. I. In Waco Texas. Nan graduated in 1990 to take the state boards to become an R.V.T. Her first job was in Houston, which led her to work at the Texas A&M Small Animal Clinic in Ophthalmology for nearly 10 years. While at A&M, Nan was certified to deal with research rabbits.

Nan has been with the Loop 363 Animal Clinic for nearly five years now and loves her work family very much. Still, after all these years, her love of the job has not diminished. Nan loves her puppies, kitties, horses, and all the chicken ladies! This keeps her plenty busy and loving life

Nan's dream job as a child was to do something with horses, and after 30 years, she has learned all of the best ways to hold dogs!

When not working, Nan can be found riding horses or driving her pony mule, "Mose."

Juan is originally from Mexico but has grown up in San Antonio. He went to college and received his bachelors in accounting, and always wanted to be a CPA, but upon realizing the boring life of an accountant, he decided to work with animals instead.

Juan is known for being nice and kind to everyone! When Juan is not working, he is out fishing! He loves anything outdoors and taking his dogs to the park or in walks.

Sarah moved to the Temple area in 2012 and attended Temple High School where she participated in the veterinary medicine courses. Senior year, she was doing practicum and ended up enjoying her time spent at Loop 363 Animal Hospital and applied for a kennel technician position. As a child, Sarah wanted to be a equine veterinary technician, though after hearing horror stories about the field she changed her mind and stuck with small animals. Sarah enjoys spending time outside, going hiking, fishing, walking her dog, and even watching chickens!

Aubrey grew up in Academy, Texas, where she attended Academy High school. Her dream job as a child was a veterinarian. Ashley is known for taking home any animal she finds, especially pitties.

Outside of work, Aubrey enjoys reading, taking her dogs on walks, and exploring the outdoors.

Lacey grew up in Temple, Texas, and graduated from Temple High school. She wants to attend an aquatic veterinarian program. As a child, her dream career was to be a doctor.

Lacey is known to be a hard worker, dedicated, and outgoing.

Lacey loves aquariums and traveling. Each year, she volunteers with Secret Elves at Christmas.

Candance grew up in Waco, Texas, where she graduated with all honors in her local high school and dreamed of working in the veterinary industry.

She has been working with animals since she was 18, which includes experience in daycares and rescues. Candance is known for her hospitality and dedication to exceptional pet care. She is also known for thorough cleaning processes in veterinary practices!

When she is not working, she can be found helping rescue shelters transport recently adopted pets. 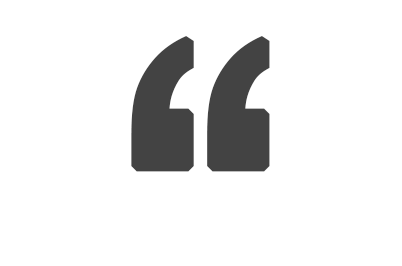 I have 5 dogs that I bring here on a regular basis. I couldn’t be happier with the friendly and caring staff. I always appreciate the time the doctor takes to call me with updates / test results as well as the time and consideration made in finding the best way to proceed with treatment.

I was very pleased with my experience at Loop 363. They are good people who seem to be very knowledgeable. And they were very affordable.

Loop 363 Animal Hospital is the only place I would trust taking care of my pets. Everyone there is so kind and you can tell they love all the animals!!

Dr. Boedeker is amazing! She is kind, patient, sympathetic, and educational. The entire staff at Loop 363 have been awesome to work with. Highly recommend.